Game theory models are used by supervisors in order to draw a better conclusion regarding the result and effort. As supervisors work in settlement surroundings that are interactional, therefore they require a framework that determines the activities of others. Nowadays, it is used by the supervisors for the purpose of generating a reasonable conclusions in the complex scenarios. As the results are dependent on the efforts of all the employees, therefore there is a need that supervisors should assume the efforts of the employees.

Particularly, a supervisor decides that what he expects from 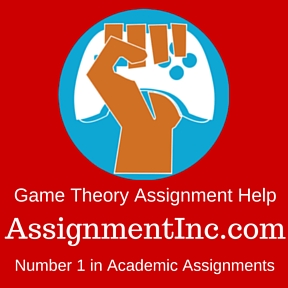 the others to do that is because the results are interactional. This implies that all the employees are obliged to follow the decisions of the supervisors so that all the employees understand that they must form a belief about what the supervisor consider them to believe. This process is known as the chain of mutual expectations. Great supervisors try to affect the behavior of the employees by using all the variables in order to affect the expectations and methodically assessing the variants subject to their control.

Game theory is a helpful theory in order to create a competitive awareness in the employees. This theory can be used in one of the most difficult scenarios of the industry where the battle interfaces with reciprocal reliance.

Such games are common within the organization and in the market activities between the companies such as at the time of new product introduction, price wars, strikes, discussions and divisional associations. In such scenarios, employees have contradictory goal, however, they can share a reciprocal reliance.

Two-Man Games:
Each employee, an employee could possibly be an organization or an individual employee, is a decision-making unit with a specific amount of resources. The principles of the game describe how these resources could be utilized, such as the President of a corporation needs his Research &Development Department plan to begin and what should be done at following times in response to various activities of competing companies.
The result of the game certainly relies upon the strategies used by every employee. In the Two-Man games, there is a dominant strategy for every employee.

Prisoner’s Dilemma:
A particular kind of game called Prisoner’s Dilemma is especially useful in oligopolistic competition. To exemplify such a game, think about a difficult situation where two individuals A and B get arrested for doing some action that is illegal. It could be possible that both of them or one of them could be jail sentence. Since they have joined forces with the authorities when they both confess, they are going to get 8 years. If neither admits, then both of them will go to jail for just four years as the evidence against them is poor.

Both A and B have two potential strategies:
If they want to admit it therefore, then it is the correct option. There are four possible results that can be determined by using the game of prisoner’s dilemma. If B admits, then the better strategy for A is to admit since A will serve 10 years than he will also serve. Therefore, regardless of which strategy B embraces, it is better for A to not admit with the strategy of B. In addition, B will even admit regardless of which strategy A embraces, B is better off to admit than not to concede. Thus, both B and A will admit. Here is the dominant strategy for the two employees. Even when they were to meet and decide on something, they break the deal and would go ahead.

It is the study of proper interaction of corporations and the battles of various things such as big business homes, governments, social groups, or people or perhaps mix of anyone of the things that has been mentioned before. All these games are offered in order to simply and objectively analyzing the methodologies of distinct tactical options. Focusing on the making of models, which supports in decision making and supplies a clearer image; will help in tactical decision making.

As we can see that it is a complicated task and it also needs profound comprehension of the principles that are associated, we have got many Game theory specialists who will assist you at every single measure in help with your homework regarding game theory. They are going to assist you in preparing the models that determine the solutions for all the issues after analyzing the situation.

The customers should get our game theory assignment help, which can clear all their problems regarding the game theory through on-line tutoring sessions as well as we assist you in developing profound comprehension of principles of Game Theory. This area is popular in corporate to analyze tactical conclusions. In addition, it is used by authorities in order to establish support and co-operation policies, so having knowledge of the area will quicken the career growth.

The customers who want to get our game theory assignment help or internet economics homework help for other economics areas, should send their assignment or issues through the upload form that is available on our website.

The customers can get the detailed information about the online tutoring session for the organization by contacting us. More information can be found on the contact us page of our website. In order to acquire help in other areas, advice can be found on our other assignment help site.

Game theory is a multidisciplinary method of the study of human behavior, used in different areas such as economics, math, as well as the social sciences. In the patent system, for instance, the very first research lab to formulate a device gets the patent. Game theorists will use the rules of game theory to discover that how many research labs must be called for compare that to the most effective variety of laboratories, and to establish a Nash equilibrium. Everything else follows from that point.

Game theory is a study of tactical decision making. More officially, it is “the study of mathematical models that has some conflicts and cooperations between sensible logical decision makers.”

The relevance of game theory is appropriate with economics that is because it requires logical thinking and command on a huge variety of areas or their diverse use in practical field scenario whether political, scientific, and a comprehension of reasoning behind decision-making.